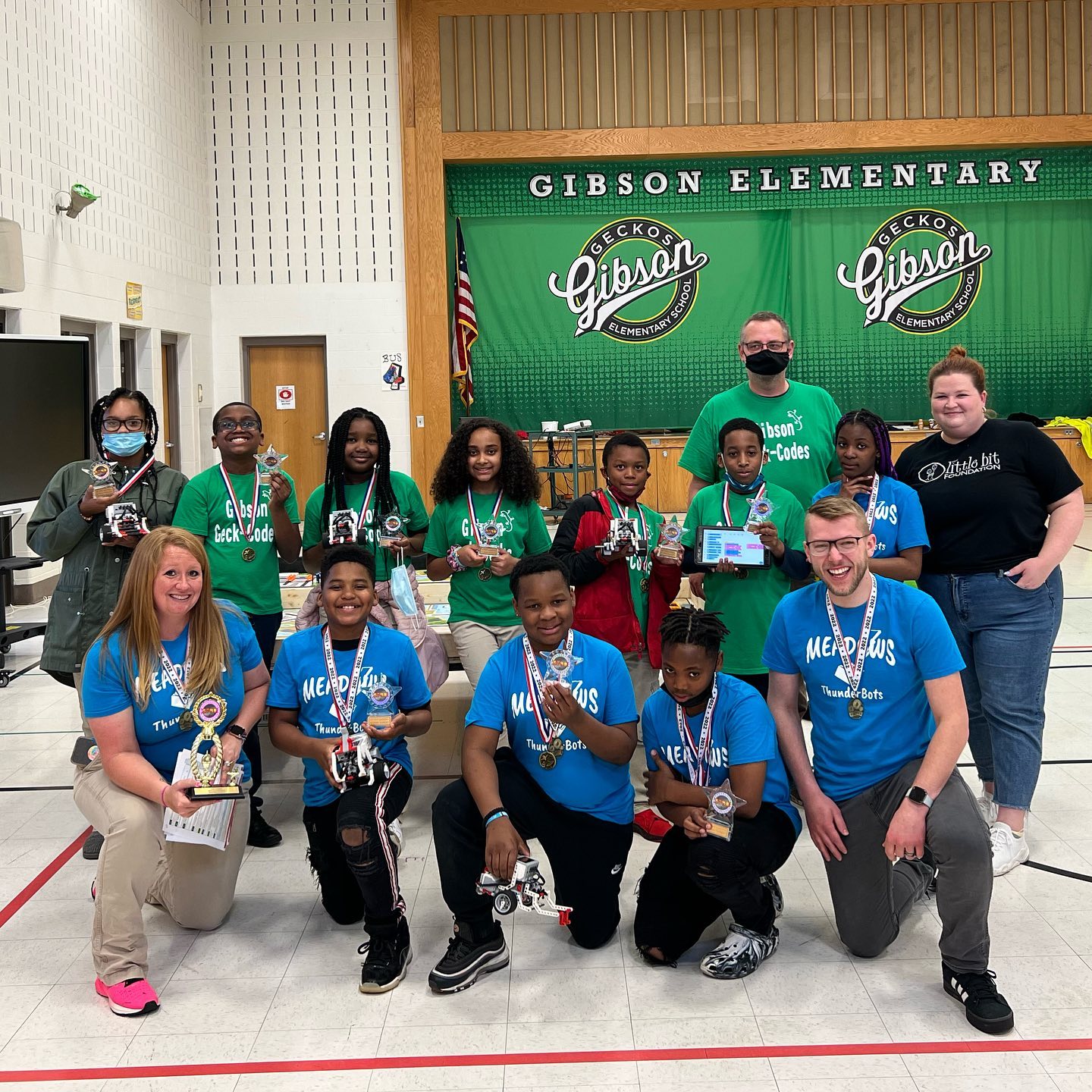 Windy Winfield had never seen her second graders so engaged. “They were really captivated by all of it,” she says. The principal at Meadows Elementary, now in her third year, says that having The Little Bit Foundation as a partner enables her to bring learning opportunities to her students they might never have otherwise, such as the day in May that so energized a group of 7- and 8-year-olds.

On this day, former NFL stars Chris Long and James Laurinaitis visited the students virtually, reading from books, chatting about their own school experiences and answering questions. “The kids absolutely loved meeting them and being heard,” says Winfield. “I can’t say they really even knew who they were – they’re too young to have watched them play – but it’s the exposure to new people and experiences that gets them excited and is so important to their development.”

In addition to the virtual session, the students received culturally relevant books donated by The Chris Long Foundation and First Book. (The Chris Long Foundation has supported Little Bit since 2017 and has plans to bring its new EdZone program to Little Bit partner schools in the 2022-23 school year, providing essential needs items.) In total, Little Bit distributed 3,200 books to Meadows and Sigel Elementary through this event. “Access to other things, such as books that represent them, in which they can see themselves in the characters, really boosts their self-esteem,” says Winfield.

Another Little Bit-hosted program that has inspired her students, she says, is First Lego League. Funded most recently by the Josh Seidel Memorial Foundation and coordinated in Little Bit partner schools by Maura Hampton, Little Bit mySci Do Manager, First Lego League is an international competition for elementary and middle school students involving designing and programming Lego Education robots to complete tasks.  Meadows has assembled a robotics team to compete with other schools for the past three school years, and in April edged out Gibson Elementary for the win in a scaled down competition due to COVID. “Still a thrilling win,” says Winfield.

“The robotics program is more than competition, it’s applying the skills of teamwork, problem solving, critical thinking; creating expectations and a sense of responsibility,” she says. “We’re so grateful to Little Bit for each of these opportunities.”