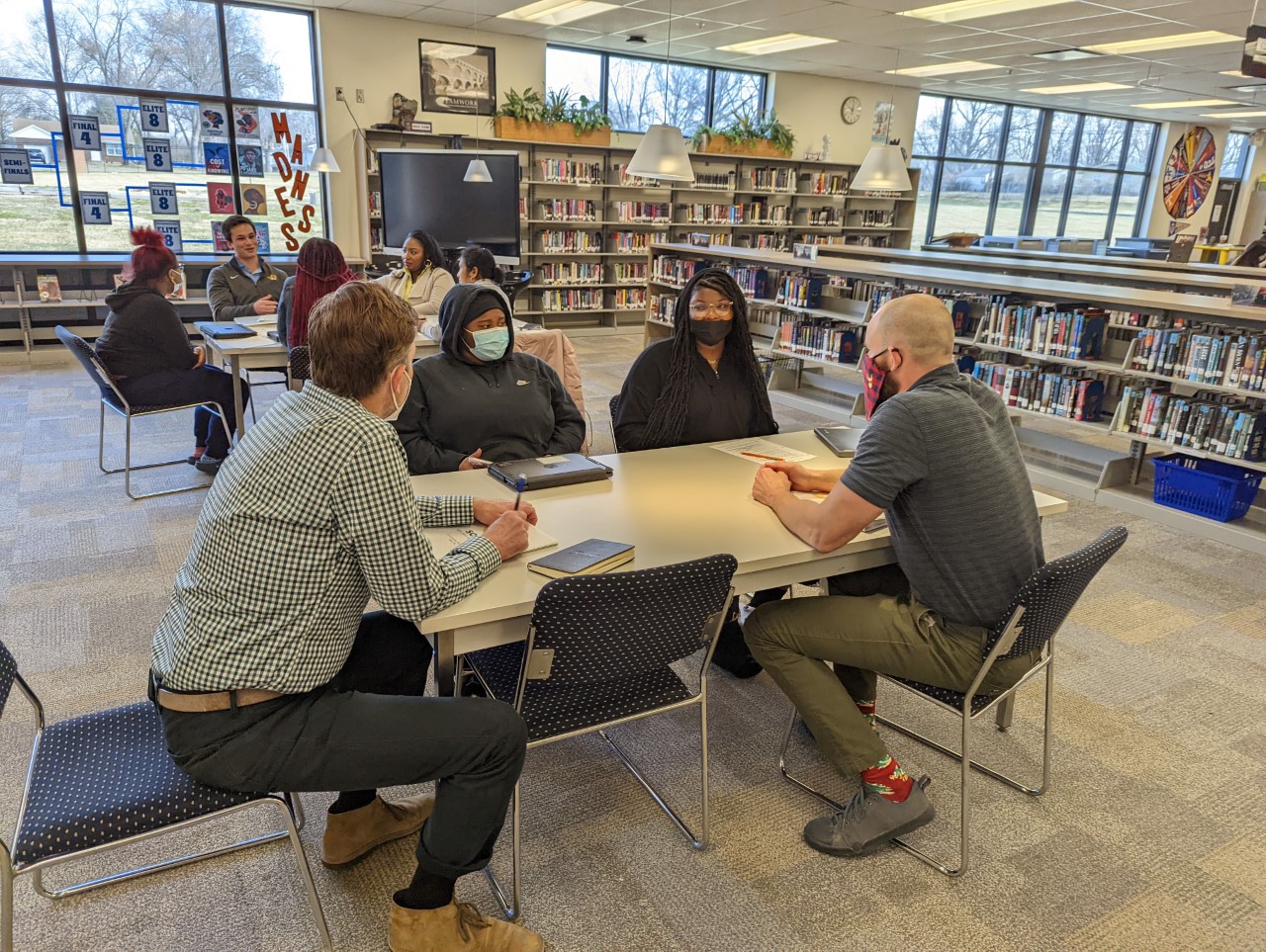 When Mark Malloy signed on as Little Bit SOAR mentor in 2019, he didn’t quite know what to expect, “but I sure didn’t expect a pandemic,” he says. The program officially started in Riverview Gardens High School in February 2020, “and three sessions in, the world closed down,” just as he and his small group of mentees were getting to know each other.

After a two-year pause (which included some attempts at virtual), Malloy, Transportation Lead at Bayer-Crop Science, and another 20 volunteer mentors are back in person with students, meeting on campus with about 50 students every other Tuesday. “Naturally, sitting down face to face is best, because your first goal is to lay the groundwork for trust,” he says. “It takes time for them to understand who you are, why you want to be there and what they’re comfortable talking about.”

After a period of breaking the ice as a group, Malloy says Little Bit High School Program Manager William Hardrick, Jr. helped match up the students (all freshmen, sophomores and a few juniors) with mentors, creating small groups of two to three mentors with five to seven mentees. “We’re doing things a little differently this time around, and I think partnering up with other mentors is a really good change. That way, the students aren’t just hearing your perspective or advice.” Malloy’s partners include a retiree and an ex-serviceman.

The program also has targeted students “really ready to embrace it,” says Malloy. “So much depends on their desire to be there and open up.” Malloy says his group is very willing to share and all have a general idea of what they may want to do after high school. “A few have said that college just isn’t for them, so we talk about the alternatives.”

Another improvement is in the rigor of the program, says Malloy. The groups have a very organized order of modules to work through, which include completing personality assessments, examining what success looks like to each student, crafting personal mission statements and SMART goals, and exploring career paths. “The mentors go through the same exercises as the students, so that we can all relate. It’s been really fun.”

Malloy sees his role as listening, sharing from his own well of experiences and connecting students with people and opportunities where he can. “These kids deserve the same options that mine have, and my hope is that we’ll continue to build on what we’re developing now year after year.”